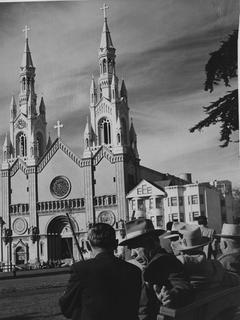 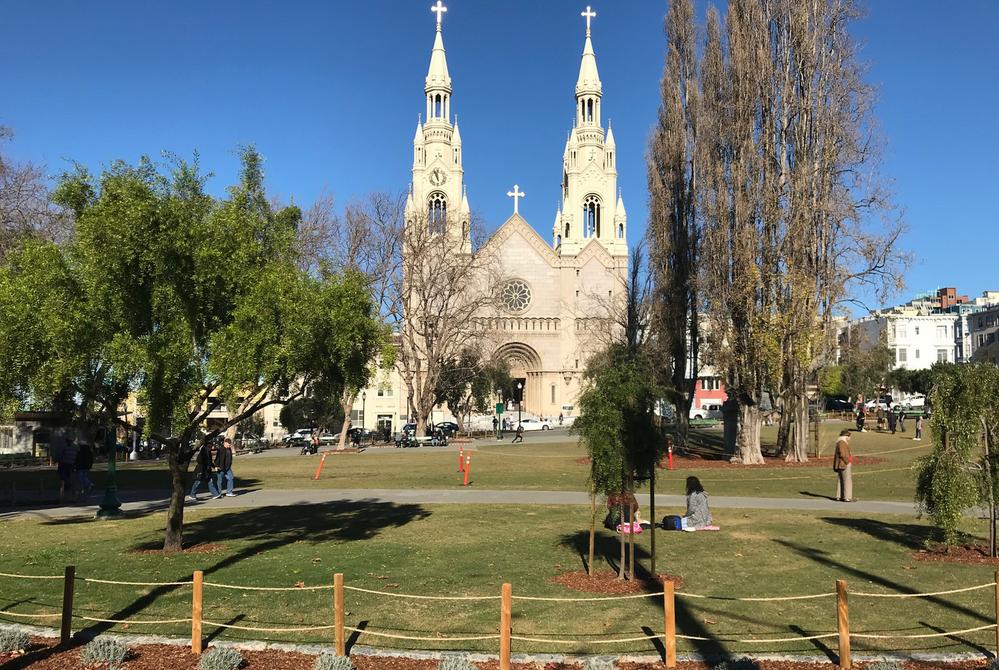 History of the Square

The Italians called it the The Garden.  Washington Square is many things.  To some, it is the village green. To some, it’s the front lawn of the Church of Saints Peter and Paul.  To others, it is a sanctuary.  Step out of the Post Office on Stockton Street, and look up.  A massive tower of a tree rivals the spires of the church, in mass and height and nearness to heaven.  Consider the ten giant pines on the corner of Filbert Street and Columbus Avenue. Their soft and vaulted canopy is a chapel, protecting the little playground.